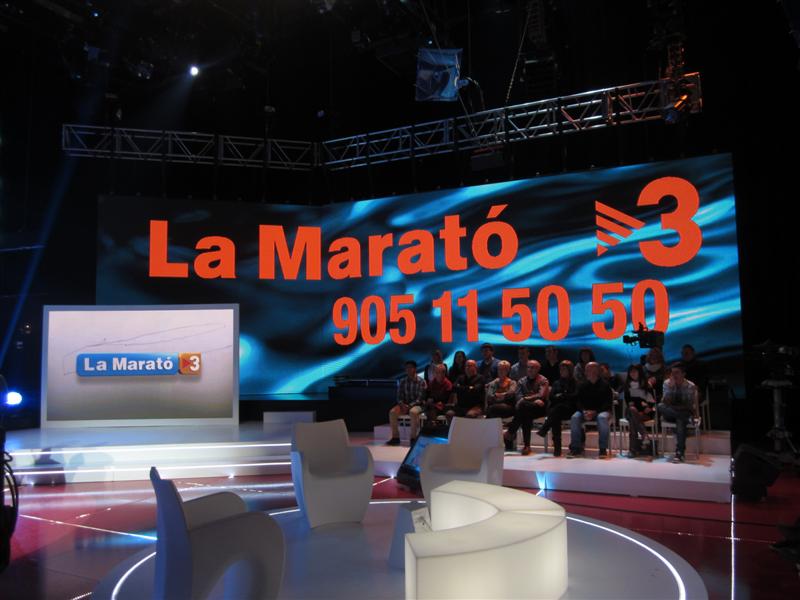 Stereorent has come back to TV3 sets as every year to the 22th edition of La Marató de TV3, which this time has been dedicated to the neurodegenerative diseases. We have installed 3 LEDs screen: one Absen 10mm 12.5×4 size which was part of the main set, the marker was a 6mm Lighthouse of 6.40×1.90 size and a third Lighthouse LEDs screen of 3.20×1.92. A success with a collection of more than 9 million and a half euros. Congratulations!